Life today, after being a World and an Olympic Champion! 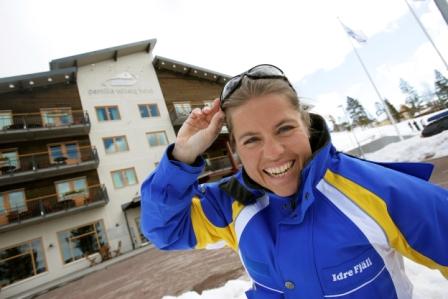 Ok, it is not like anybody is going to take away my Olympic and Worldchampionships titles from me... ;-) But the day comes when all athletes need to make a very difficult choice...

Having been an athlete from as long as I can remember it is of course a big decision the day you decide to end it. I decided to end it 2002 after 12 years in the alpine skiing world cup with 2 Olympic gold medals, 4 World Champion titles, 1 World Cup overall title plus an individual SL World Cup title and 24 World Cup competition victories in all five disciplines on my CV. What to do now!?!

Just to get the necessary information in here first, I am married to a lovely Norwegian man and we have two wonderful children. One boy and one girl; "Le choix du roi!" ;-) We live in Monaco and have a summerhouse in Sweden.

I have never really liked the word sponsor. I like the word cooperation partner much more. If you have the opportunity to be able to work together with a company, during your active life as an athlete, it is a real privilege if you can continue to work with them after your active career.

I have had that opportunity with Idre Fjall. Idre Fjall is a little ski resort very close to the Norwegian border up in the northwest part of Dalarna in Sweden. If you are looking for the wilderness, but at the same time high standard facilities, this is the place. The little village Idre was once a mining village but at the end of the 60´s the mining industry was not doing well. To be able to keep the village going something had to be done! Three very dedicated young men; Erik Hjelm, Gosta Frohm and Gote Eek decided to do something drastic. They asked the government to lend/give them some money which they put in a foundation called Idre Fjall. From that day on, ski lifts and cottages has been built. In 2003 I and Idre Fjall built a hotel with my name on it, "Pernilla Wiberg Hotel" was established!

In 2003 the Swedish TV company, SVT, asked me if I could help them to comment alpine skiing on their channel, and so I have been doing ever since.  I also worked for a Norwegian TV company, TV2, during the 2014 Winter Olympic Games in Sochi.

I am since May, 2015, a member of the board of the company MIPS AB which is producing technology for helmets to make them more safe against rotational violence to the brain. 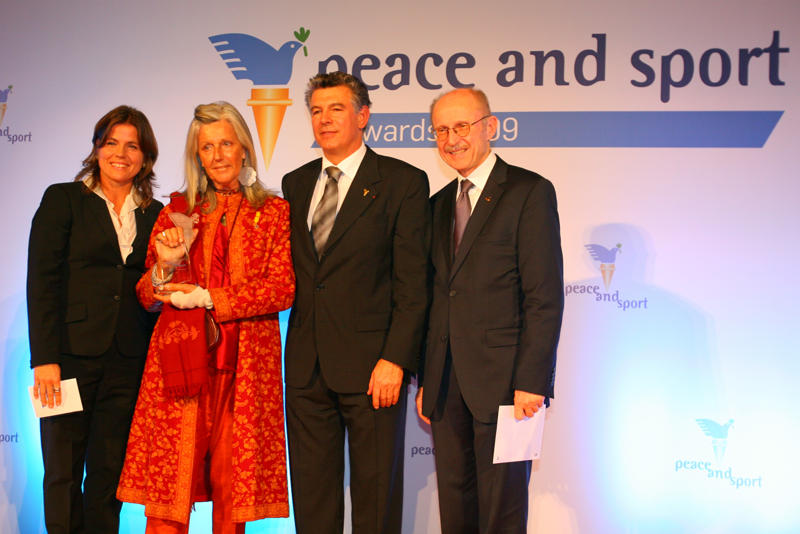 At the photo you can see me giving a prize at "2009 Peace and Sport Awards" at Hotel de Paris in Monaco. Beside me is the receiver of the prize,  Mrs Kuki Gallman, Mr Joel Bouzou (the President of "Peace&Sport") and Mr Wilfried Lemke, United Nations Secretary General´s special adviser on sports for development and peace.

There are many non governmental organizations out there and I have had the privilege to be chosen to represent a few.

Peace and Sport is an organisation that was set up 2007. Prince Albert II of Monoco is the founder together with Mr Joel Bouzou, special adviser to HSH Prince Albert II of Monaco for sports and also general secretary of the International Federation of modern Pentathlon and President of the organisation "World Olympian Association". "Make Peace through sports" is their slogan. I am one of their "Champions for Peace" which means that we will promote peace through our different involvements in sports. The organisation has every year a big world forum in Monaco which usually takes place some time from October to December.

In December 2011 I was awarded, by the governor of Dalarna at that time, Mrs Maria Norrfalk, to become the honorary ambassador in that district (in the middle of Sweden where for example "Vasaloppet" takes place every year). The criteria is that you have to live outside of Sweden and have a special connection to Dalarna, of which I certainly have with my hotel www.pernillawiberghotel.se in www.idrefjall.se

In Monaco I am also active in "Star Team for Children". The organization was founded by H.S.H Prince Albert of Monaco and Mr Mauro Serra in 1993. Lots of old and active athletes around the world are gathering at different events to raise the awareness of underprivileged children. 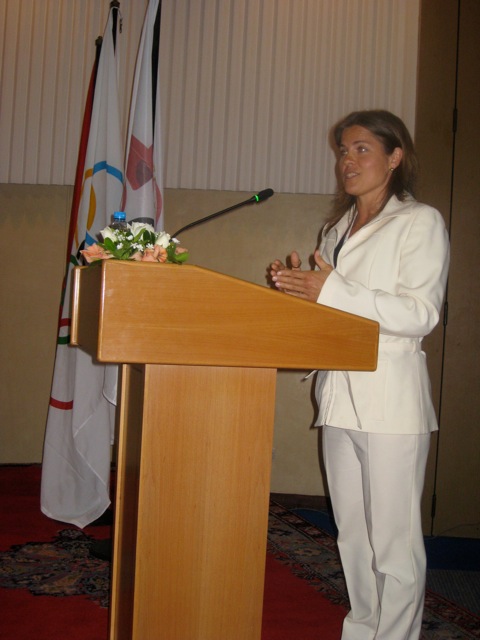 Being an active athlete is one thing. Stepping over to the "other side" is a whole different story! :-)

My sport administration work first started in the FIS (International Ski Federation) when I was elected the chairperson for the FIS athletes commission, 1996-2000.

From 2010-2011 I had the privilege to get to know how it is to work with an Olympic Candidate city when Annecy in France tried to get the Winter Olympic Games in 2018.  I was one of two vice presidents and travelled around the world to promote this French candidature. The winner was announced in Durban, South Africa, in July 2011. There will now be a great Winter Olympics in the city of Pyeongchang South Korea, and  I wish them all the best.

With the International Ski Federation, FIS, I am since October 2010 involved in a working group which is looking at the material development in alpine skiing and safety. Other members of that group is; Marco Buechel LIE, Toni Giger AUT, Karl Heinz Waibel GER and Karl Freshner SUI.

In the Swedish Olympic Committee we have an organization where we gather all living Olympians in our country which is called "Svenska Olympier". I am sitting in that board together with 3 other Gold Olympians since 2010.

I am a member of the board of WOA, "World Olympian Association", since 2012. First 8 years I was appointed by it´s President, Mr Joel Bouzou and the President of the IOC, Mr Thomas Bach. In October 2020 I got elected by my Olympian peers in Europe for a period of four new years and I am currently one of two vice Presidents. The other one is Mrs Mikako Kotani from Japan. 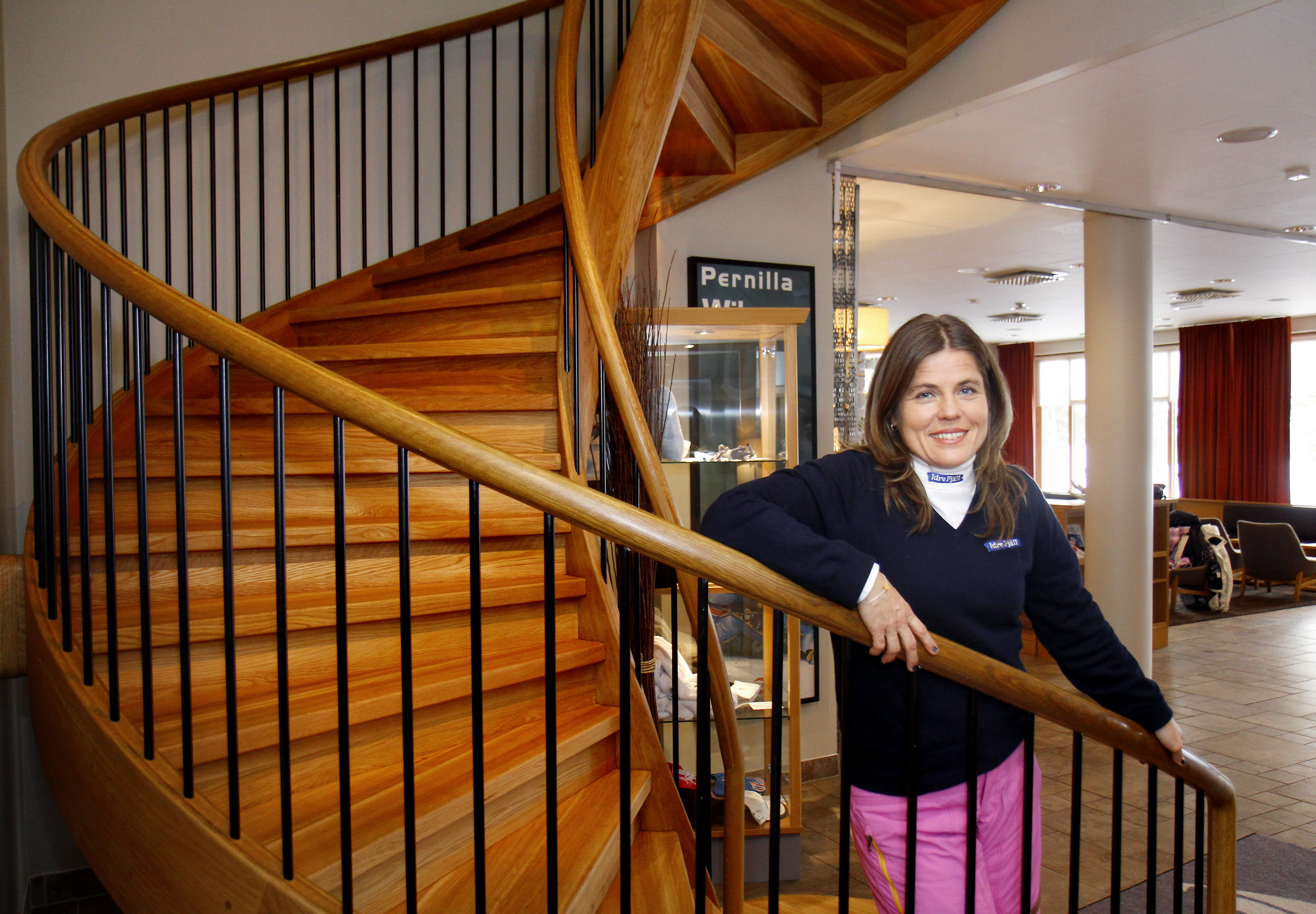 Pernilla Wiberg Hotel is a ski-in, ski-out hotel, perfectly situated on the south slope of Idre Fjäll. The hotel has a Nordic design based on wood and stone, and has been decorated and furnished by Pernilla Wiberg herself. At Pernilla Wiberg Hotel, you will have the opportunity to enjoy true alpine life, comfortable accommodation and delicious food all year round. The hotel offers inviting Spa facilities and well-equipped conference facilities. The proximity to nature, Idre Fjäll's extensive range of activities and Idre Golf Course make it easy to combine an active outdoor life with first-class accommodation. In other words, there are many reasons why you will enjoy your stay at Pernilla Wiberg Hotel.

If you would like to get my signature on a photo please send a letter with your address and a prepaid stamp coupon to this address: 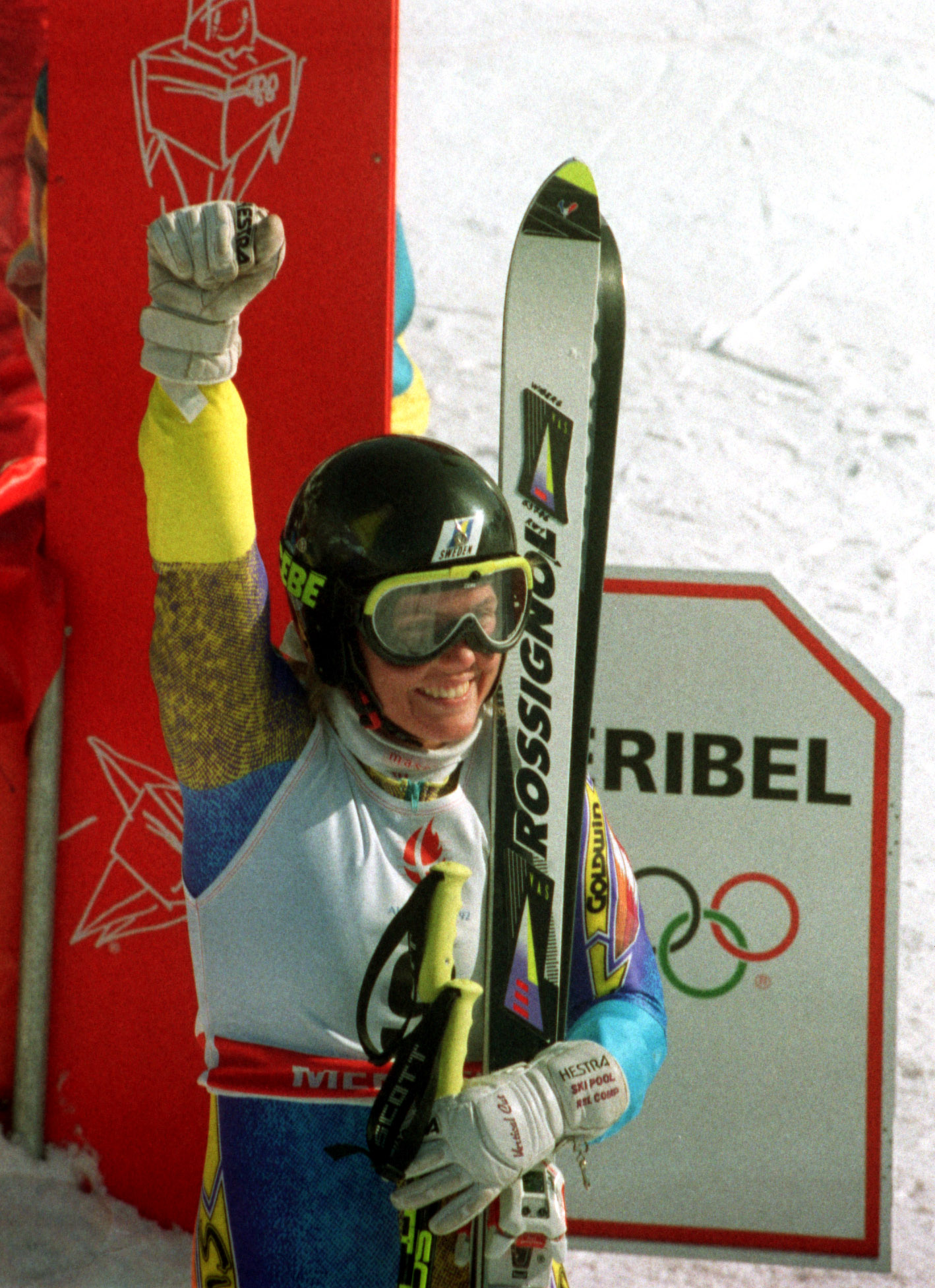 World Championships in Saalbach 1991: My first real breakthrough in the world of skiing. I was 1,6 second behind Ulrike Meier after the first run but did a perfect second run and went from seven to first place.

Olympic Winter Games in Albertville 1992: This was an important victory for me. After being the World Champion 1991 in this discipline I had a lot of pressure to "show the world" that I was going to stay on the top for a long time. After this victory I felt that I had made my point clear! It was also the only gold medal for Sweden during these games.

Olympic Winter Games in Lillehammer 1994: After being injured most of the season 1993, akillestendonrupture, it felt great to take a gold medal again at the Olympic Games. Because the games was held in our neighbour country Norway it was very important for Sweden that I took the first gold medal in these games. Later on Sweden got another gold medal by winning the Ice Hockey tournament!

World Championships in Sierra Nevada 1996: These Championships was my best experience as a complete skier. I participated in all disciplines and a got 2 gold medals out of it! I became the championships best athlete and got a nice car for that, Audi A4 quattro!

Bronze medal in Downhill at the World Championships 1997!

World Championships in Sestriere 1997: This championships was at first a real disappointment for me. I was leading the World Cup by far coming into these championships. I was unlucky in most of the competitions and went out but the last day in downhill I finally got a medal!

Olympic Winter Games in Nagano 1998: I had been injured in my knee almost the whole season and was in the rehab centre for four weeks just before these Olympic Games. This medal was for me my best achievement as an athlete. I was not really physically prepared to take a medal at the Olympic Games but I was so strong in my mind and totally focused on winning a medal in the downhill. And so I did!

World Champion in Alpine Combined and a Silver Medal in Slalom 1999!

World Championships in Vail 1999: During these championships I was training with Norway but competing for Sweden. That was because I wanted to be together with my partner, Bödvar. At this time it was very difficult to arrange that in the swedish team so I decided to arrange my own training. It was a very difficult situation for me. The result as you see was still quite good! 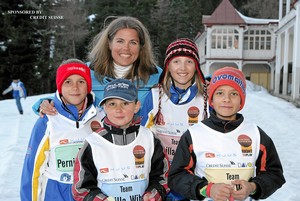 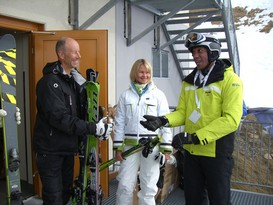 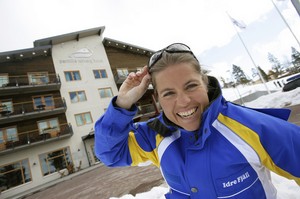 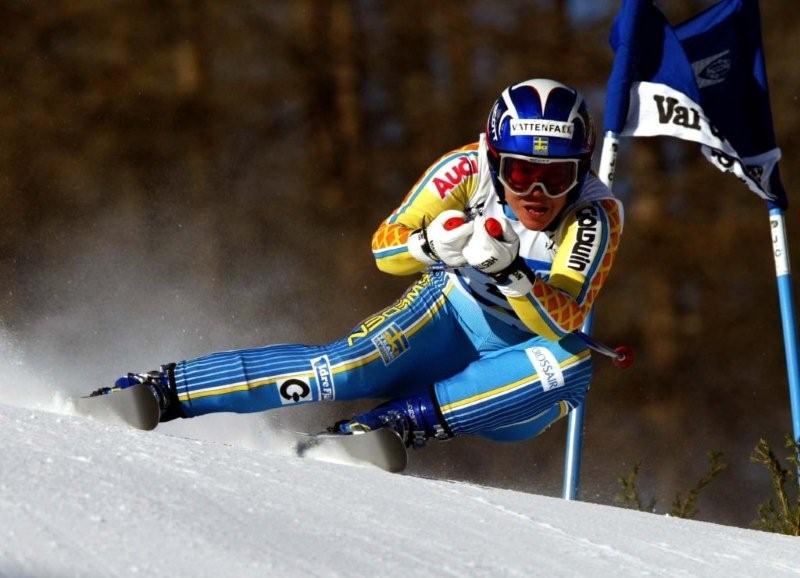 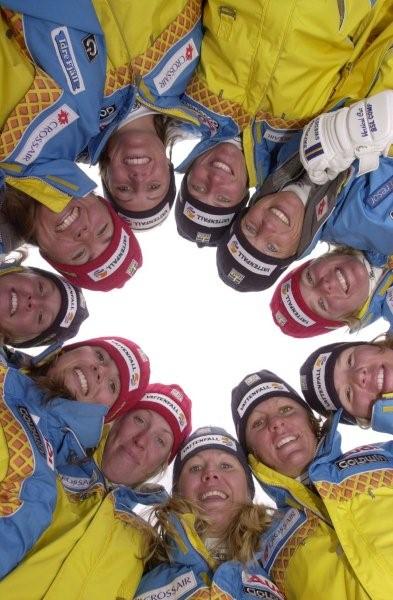 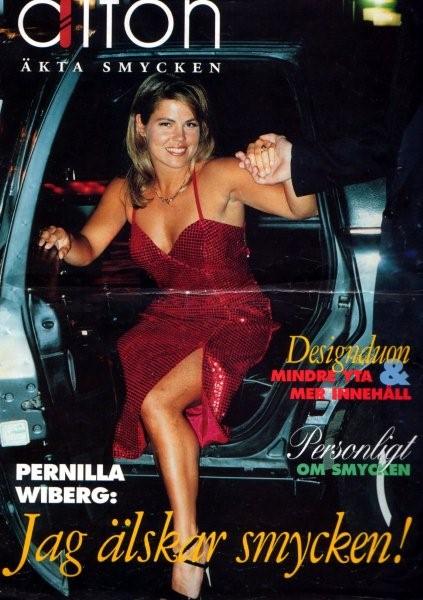 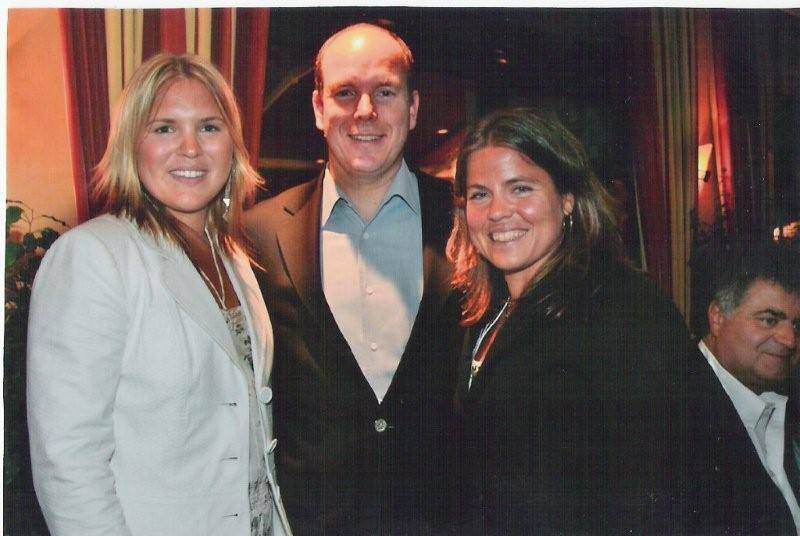 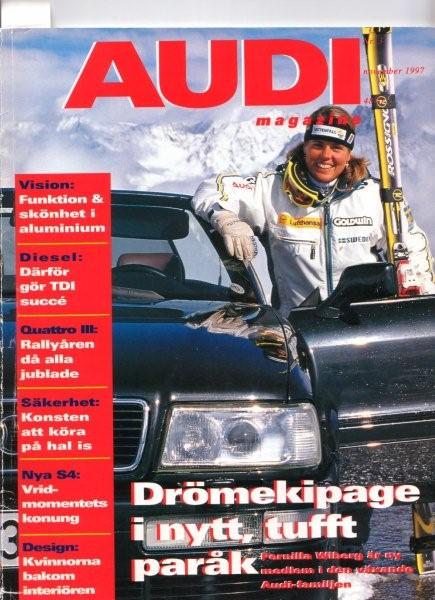 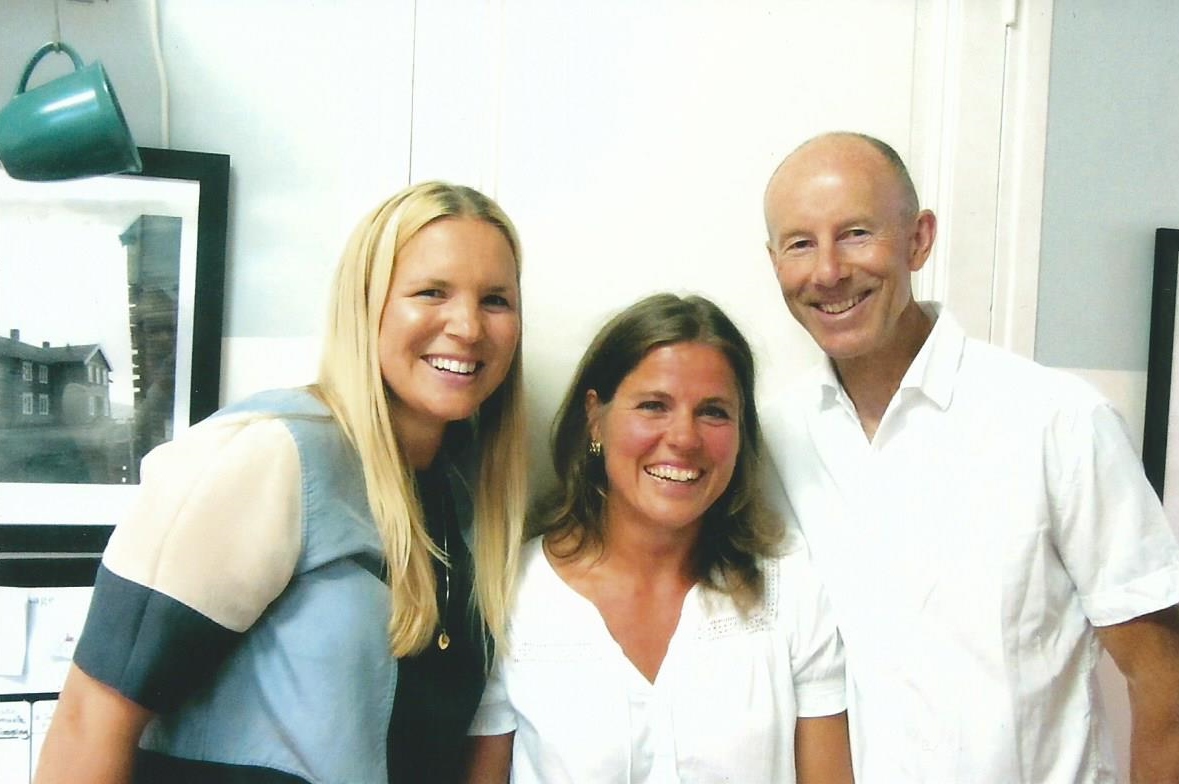 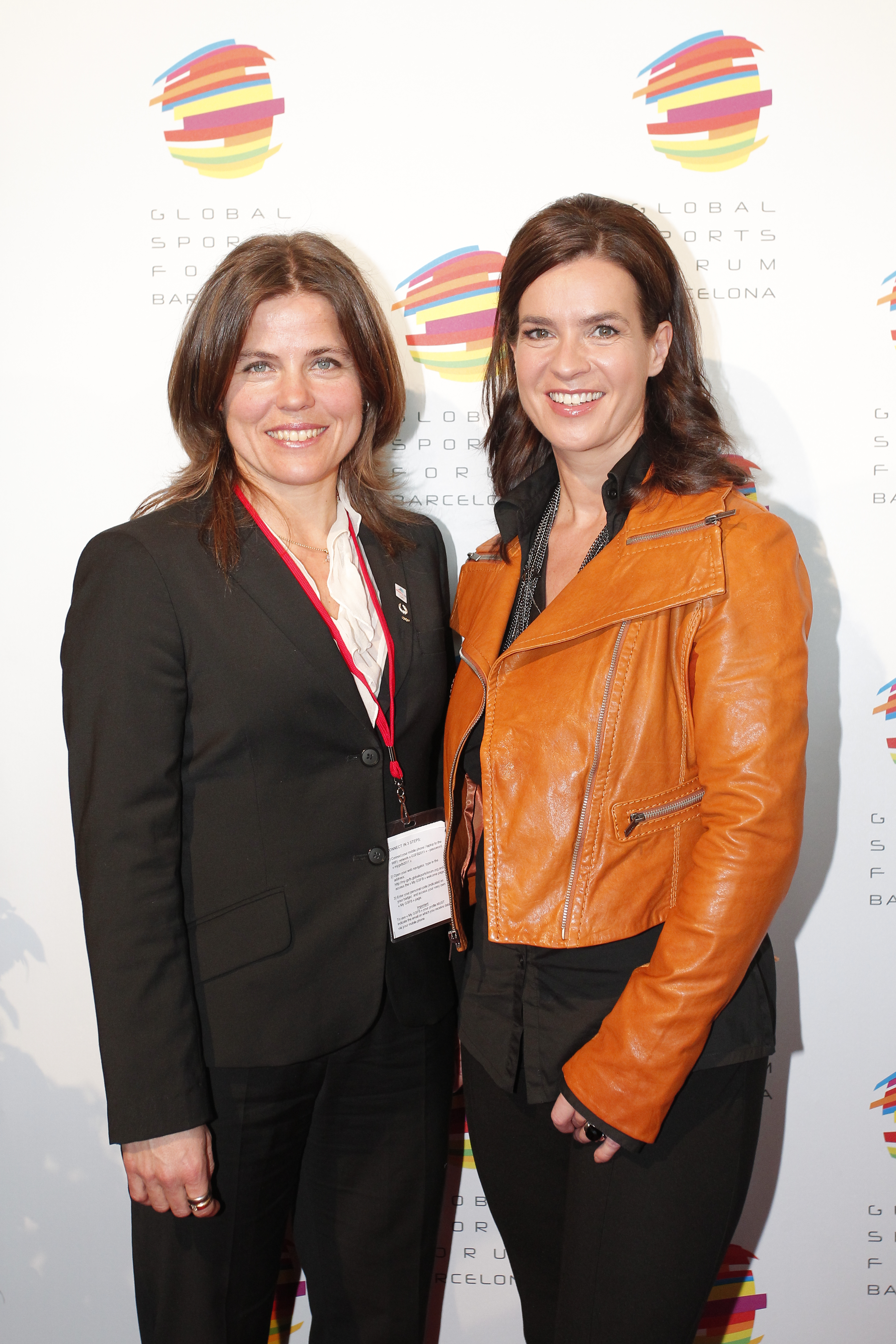 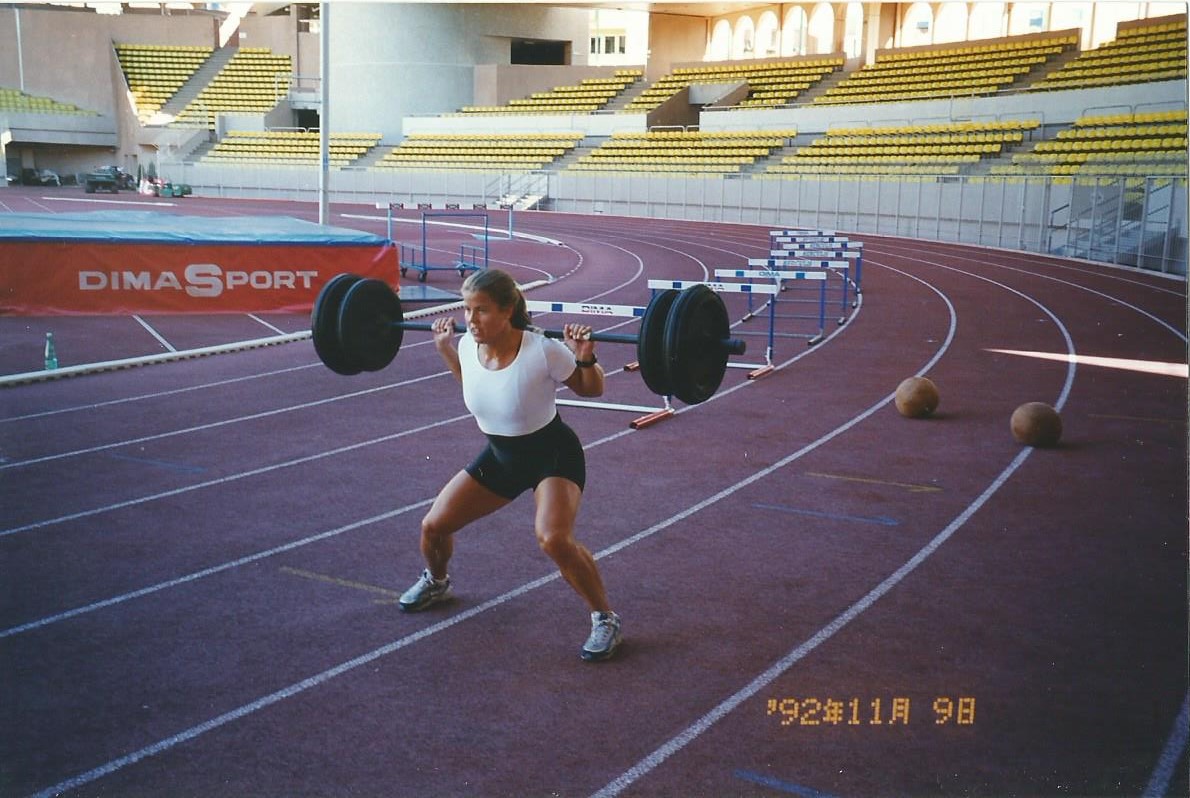 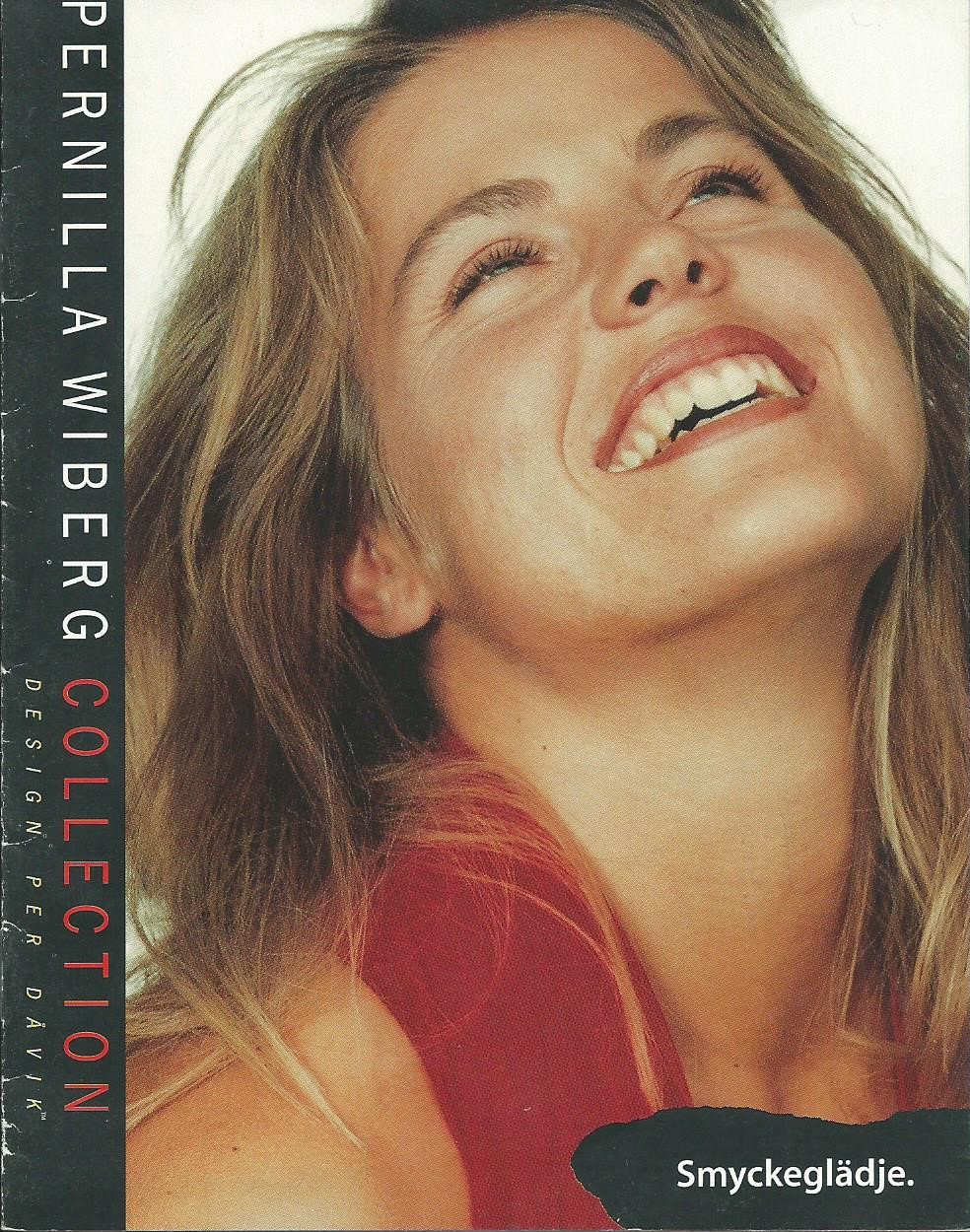 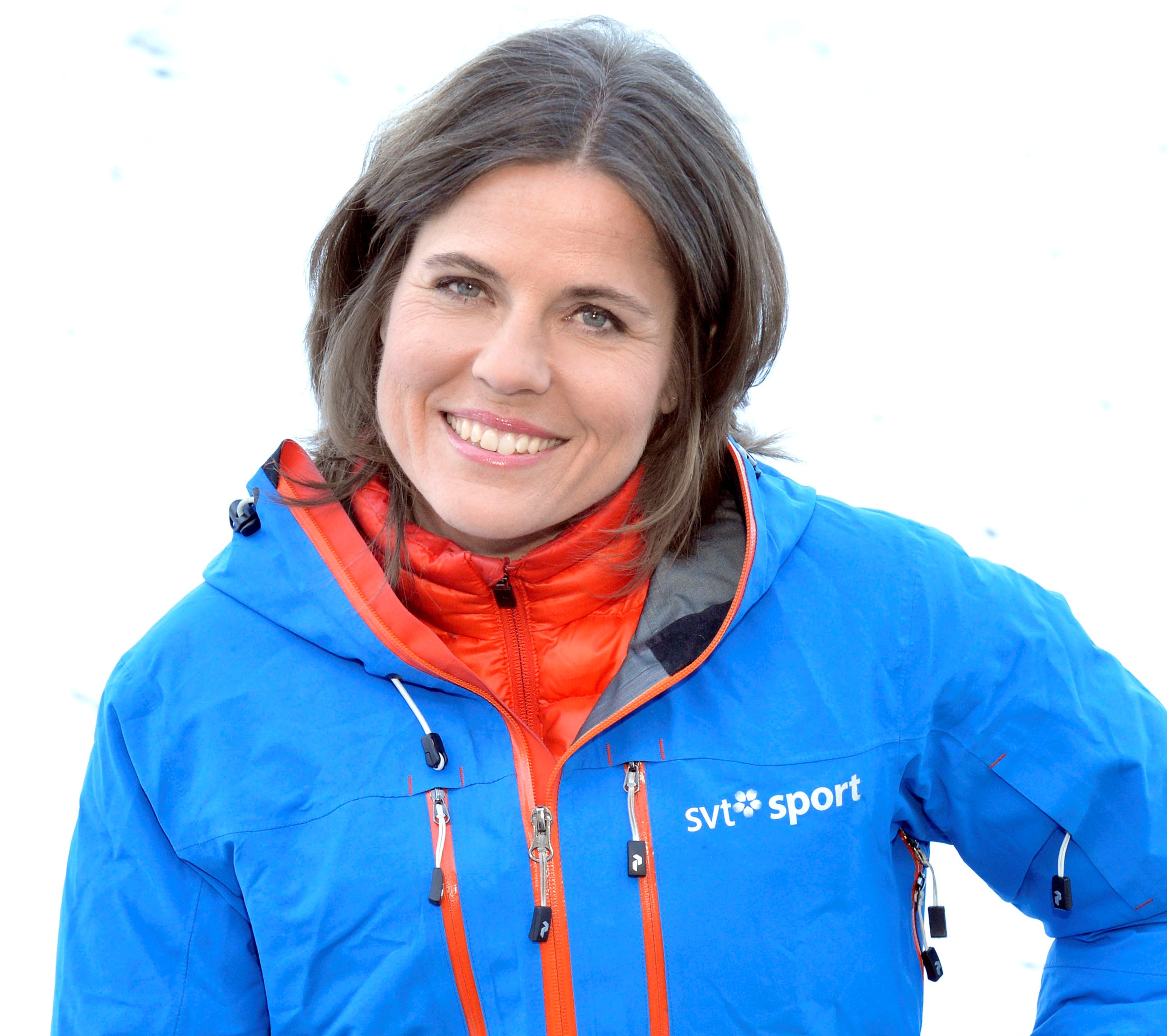 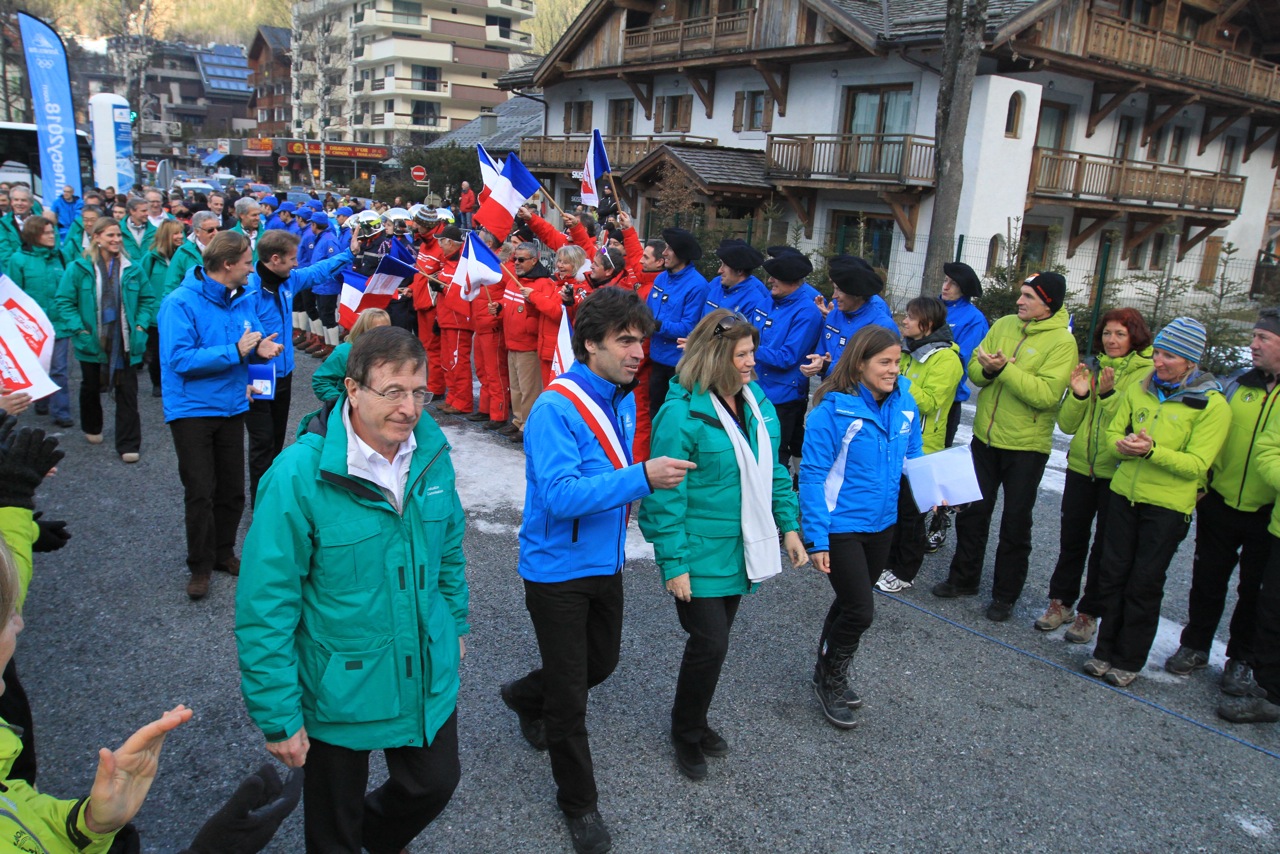 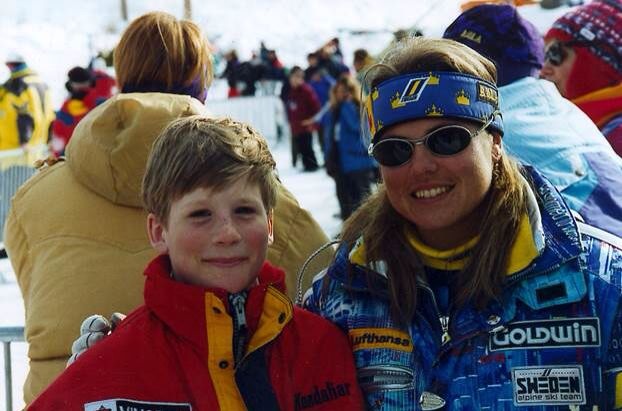 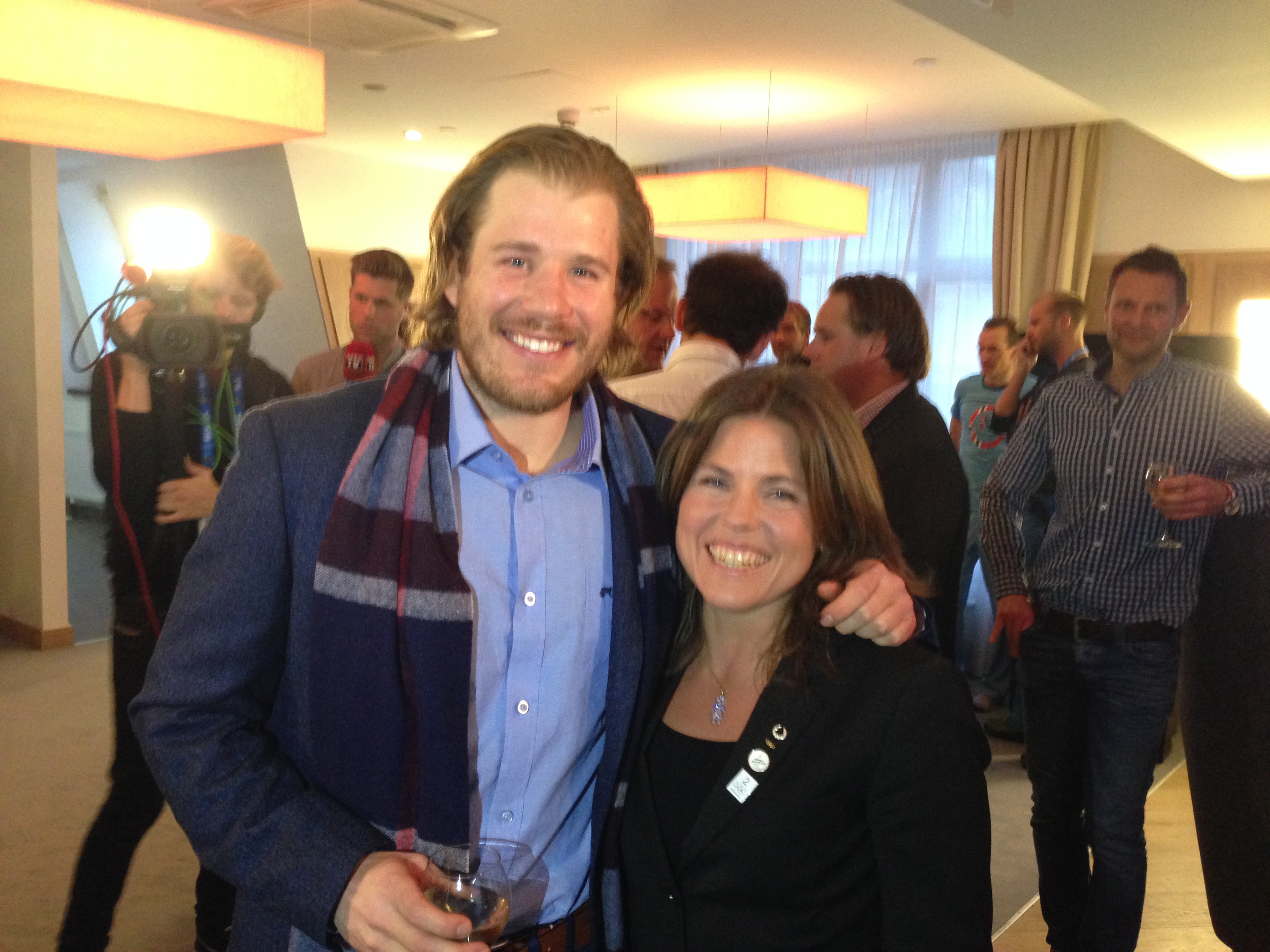 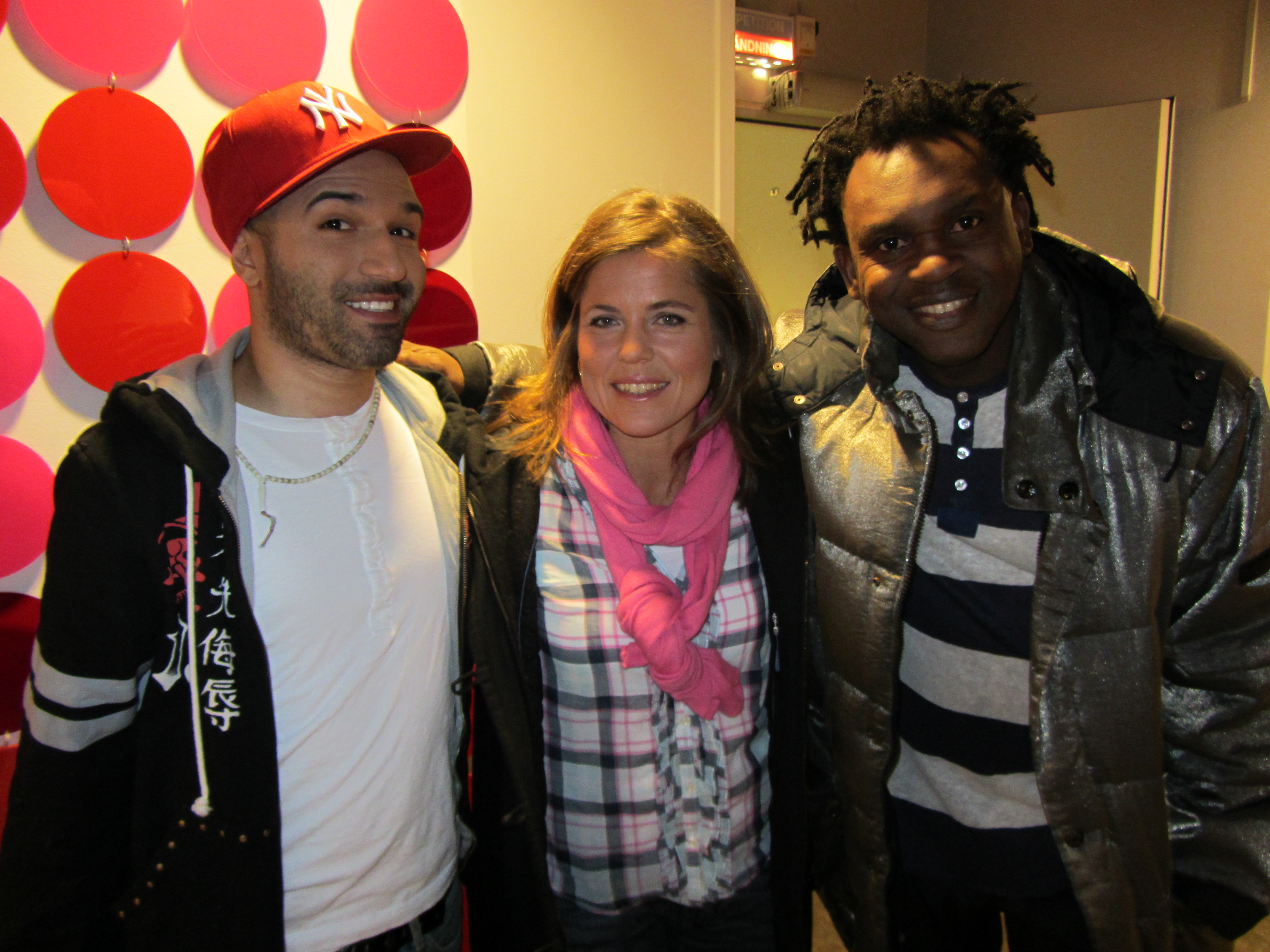